I rebuilt my 1987 Schwinn Sierra this summer. I’m still attached to this Vintage bike. I had a lot of good rides with this bike over the years in Connecticut, New York, New Hampshire, Vermont, Maine, Massachusetts and Montreal.

Notable rides on this bike:

I have no idea how many km I’ve rode this bike. They didn’t have the fancy GPS when I bought this thing. It is on it’s second set of tires and rims.

The bike was bought used from a friend in 1989. He had bought the bike brand new in 1987 from Groton Schwinn cyclery in Groton, Connecticut. Here is a snapshot of some original advertising. 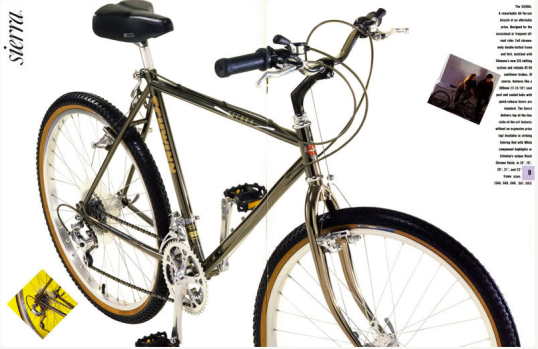 The Sierra is now my backup bike since the purchase of my “Bad Boy” in 2010.

Here is my Sierra being put back together in the basement. 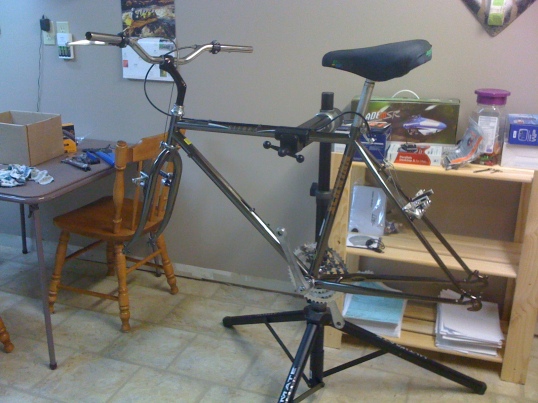 Here is a scan of the Premier Issue of Mountain Bike Action Magazine in 1986. Note the reference to the then state-of-the-art Schwinn Sierra. I only found the cover online. It would be interesting if anybody ever comes across the actual article. 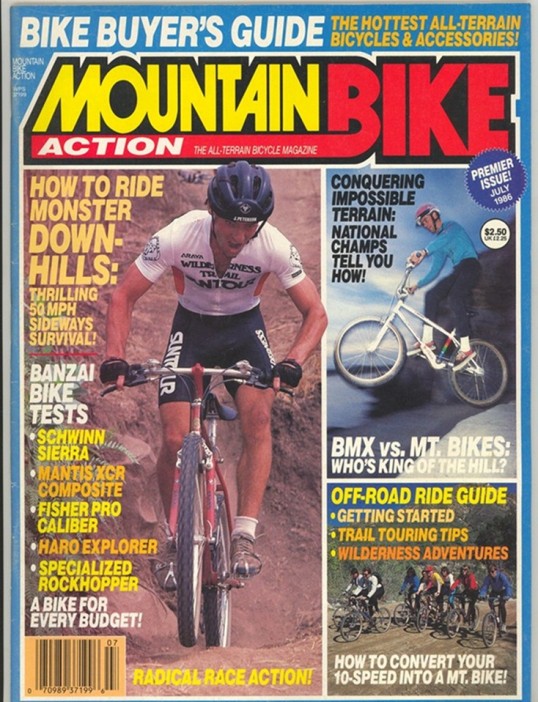 I would also enjoy reading the article on converting your 10 speed into a mountain bike. So funny.