We were a bit concerned about the weather but at 7AM it was decided that the ride was a go. The weather report was that the rain was going to hold off for a few hours.

We met at Drew’s and took two vehicles to our secret meeting place … just off the Etobicoke Creek Trail. The sun was breaking through and we got ready to ride. I forgot my bike helmut. It’s tough getting old and forgetful. I think I’m going to make a check list for subsequent rides. 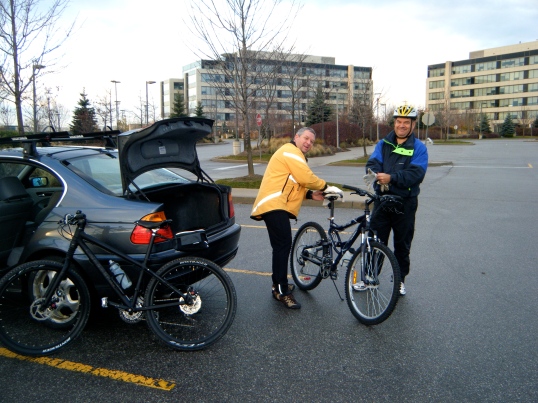 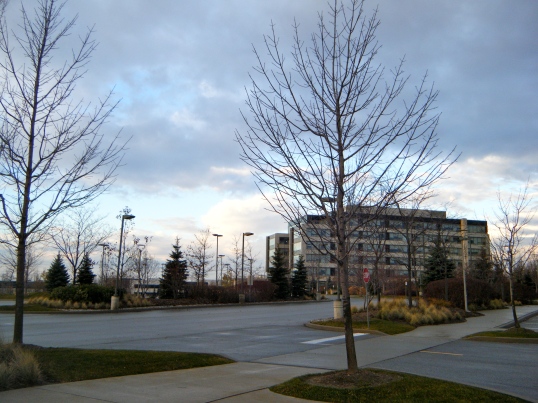 We headed down from the parking area to the trail. We headed North on the trail. The trail had some very loose gravel and it was difficult to ride through unless you rode along the edge where it was packed a bit.

It wasn’t very long and we crossed the Creek over a bridge. Not much further and we came to the second bridge. This was the bridge that was missing when we tried the trail earlier in the year. Here is the new bridge.

We continued North. The path paralleled the edge of Pearson Airport. It was a combination of crushed gravel and pavement. The pavement was not in very good shape in most areas. The trail was bordered by security fencing with barb wire on top. It was very industrial looking and not very scenic. We came to a fork in the path. It was not marked so we took a guess and pedaled up to a road to cross the Creek. The trail continued on the opposite side of the creek. The quality of the trail continued to get worse. At this point we were traveling along two narrow paths made by tire tracks where the weeds were mashed down.

Suddenly the path ended at Dixie Road. The seventh edition/2010 cycling map we had was wrong. I snapped a picture of a plane taking off and we turned around to head back South. 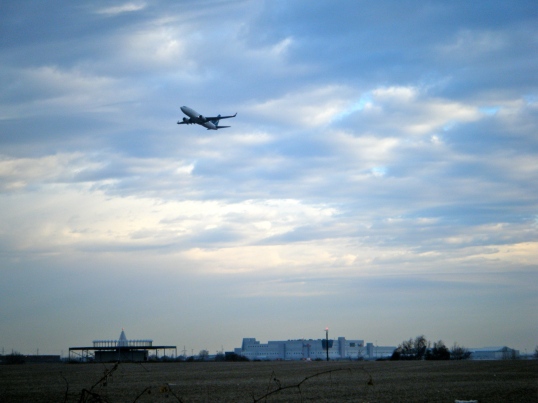 We passed a security guard sitting in a security vehicle as we proceeded down the path. There were signs along the path with instructions to “Stay on the Path”. Todd and Mike took a chance and veered off the path.

No security showed up. We continued onward.

We stopped to check out a map of the trail. It was different than the map we had. Both were published by the City of Mississauga. The map on this sign was more accurate. It mentioned that the trail was still under development and the plan was to extend it to Caledon.

We continued South retracing our route. I snapped a picture of a series of towers alongside the trail.

We crossed Eglinton Avenue and continued South. The sky was darkening and we felt a few rain drops. The trail was much better South of Eglinton. It was also much nicer scenery. We followed the path to Fleetwood Park.

We had been riding a little over an hour and I asked Todd and Mike to stop for a minute so I could get a drink and a quick snack on a Granola bar. Mike brought a little snack along also.

We followed the path to the end. We thought it might go further so we rode a little further through the neighborhoods. After a few minutes we didn’t see any continuation of the trail. We checked our map and it confirmed there were no trails continuing to the lakeshore.

We turned around and headed North again. We took a side path up to Centennial Park and followed paths through the park. The skies were darkening and it was beginning to drizzle rain. We crossed Eglinton and then rode on roads back through the business park to where we had begun. It started raining steady as we approached the vehicles. It was perfect timing.

We wasted no time loading the bikes and we headed for home. 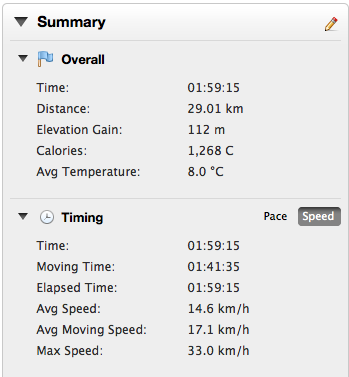 Here is the link to the data.