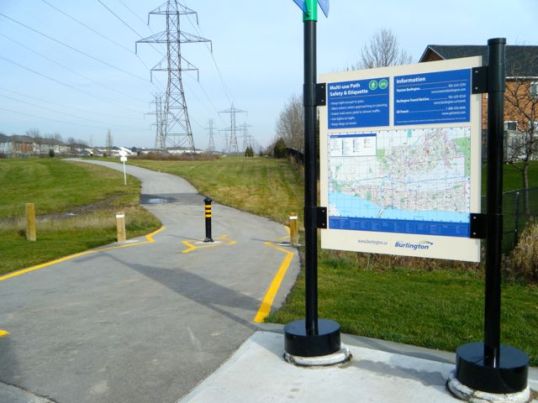 A while ago I was using Google Maps with the beta bike paths feature turned on. I was mapping a route from Mississauga to Niagara-on-the-Lake. I ended up taking the Waterfront Trail because I was familiar with it.

I was curious about a couple of routes that google suggested across Burlington. Today I  decided to check out one of the routes that had me curious. 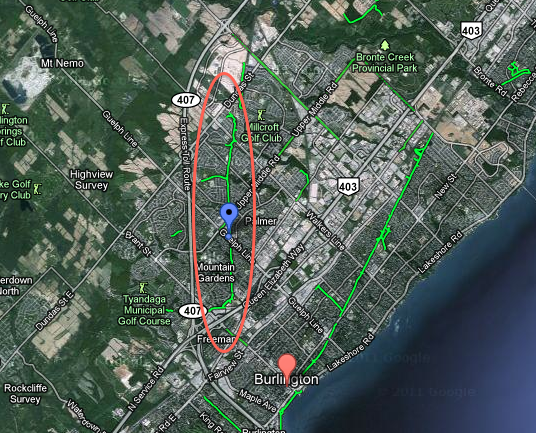 I did a lot of searching on the web and I have yet to find an official name for this path. It is simply referred to as a multi-use path. That is confusing because there are many multi-use paths in Burlington. It would be easier to describe if the trail had a name. I chose the name Berton Part Trail because it passes by Berton Park. That is a good place to park and access the trail. I would suggest the parking lot near the intersection of Berton Avenue and Berwick Drive as shown in the following picture. 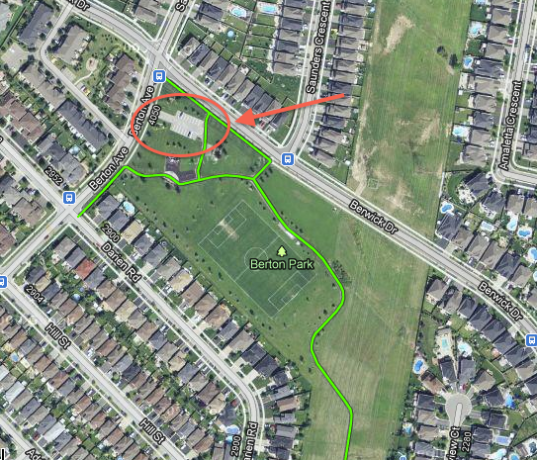 The path passes through several parks including Newport Park, Ireland Park, Peart Park and Roly Bird Park. The Roly Bird Park is on the south end of the trail. It also has a good parking area and easy access to the trail.  It is adjacent to Industrial Street as shown in this picture. 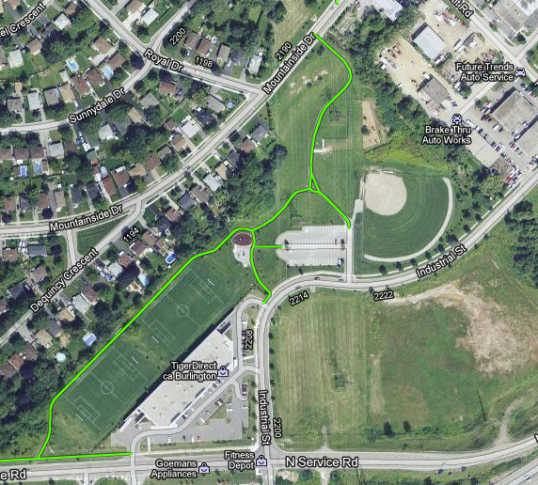 I ended up riding the trail between Berton Park to Roly Bird Park with a short detour to Ireland Park. I covered a total distance of 13.6km. The trail looked longer on the map. I estimate the trail to be about 6km. There are bike paths beyond this section at both ends but it requires some street riding to connect.

The path goes past the Burlington Heights Shopping Centre which was near the midpoint of the trail. The path would be very convenient for residents in that area to access the shopping center.

The path meanders down a green space beneath very large hydro (electric) lines. The power lines are not very scenic. It would be a wonderful and scenic path without the power towers. I kept trying to ignore the towers and enjoy the other scenery.

Besides the towers, the second downside to this trail is that it crosses a lot of roads. The crossing are well marked. However it is a busy area and it was hard to get any momentum riding the bike. The crossings required a lot of stopping and waiting for cars.

The path wasn’t very crowded but it was December and 0 degrees Celcius. I did not pass any other bikes but I did pass several dog walkers and joggers. 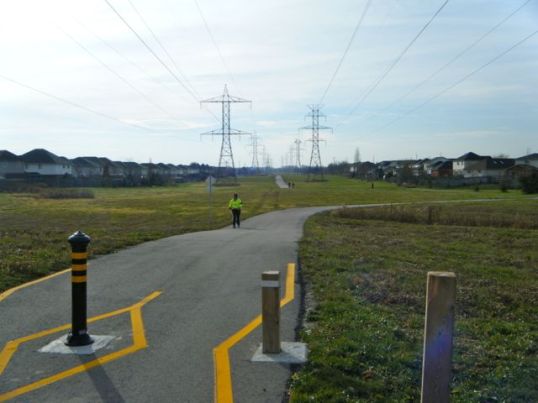 A map of the trail can be found on the Burlington Green Map which is referenced on this web page.

This is my ride captured by my Garmin. 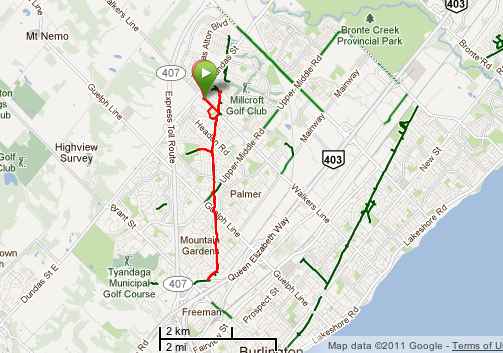 This a decent path and it beats riding on the streets. It would be a route worth considering as a part of a longer ride.

I prefer paths without power lines overhead. I rate this path 6 out of 10.